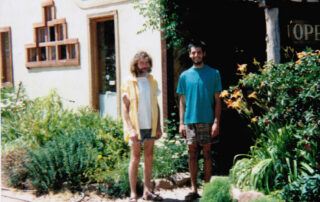 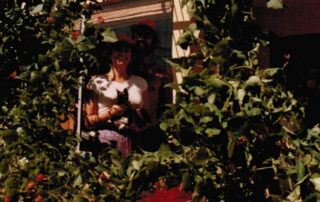 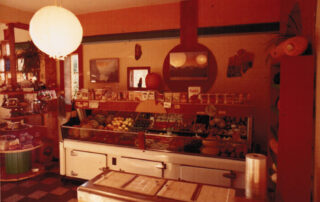 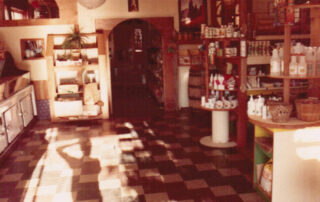 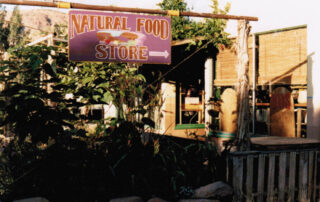 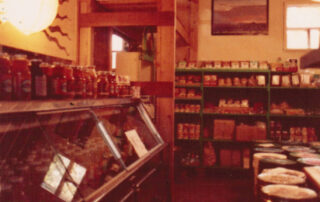 Phases of the Moon

You are invited to embark on a journey back in time!

What evolved from its early inception in the mid-1970s to the bright new store you see today are the combined efforts of many devoted individuals providing wholesome natural foods for the community of Moab, Utah.

During the mid-1970s Moab was still recovering from the aftermath of the uranium boom. Tourism was but a glimmer with only a few developed campgrounds, Dead Horse Point State Park and Arches and Canyonlands National Parks. There were only a handful of river and Jeep tour companies, and it was years before the mountain bike craze was to hit. This was back in the days when Moab was famous for its peach orchards.

Like many independent food cooperatives, Moab’s health food legacy started as a small buying club that members referred to as “The Moab Co-op.” It was eventually located on 100 West, operating within a relic of a building constructed from vintage wooden ammo cans. The entrance was shrouded in a thick tunnel of trumpet vine appearing more as an old world sanctuary than a store. Inside, “The Co-op” featured many bulk goods and locally produced products unavailable elsewhere in town.

“The Co-op” was later run under the benevolent tutelage of Conrad Sorensen. Managed by a small devoted work force, it functioned as a gathering place for ideas and social networking, a cultural hub for nurturing a growing interest in healthy lifestyles by providing wholesome foods, literature, educational opportunities, art exhibits, and spontaneous musical concerts. It felt more like a family than a store.

In 1999, Conrad asked four community members, Cathy Bonde, Lisa Horzepa, Dave Steward, and d’ahna Chalmers, to carry on the natural foods tradition by taking “The Co-op” to the next level.

Cathy, Lisa, David, and d’ahna sought to create a 501-C-3 non-profit with the intent to operate as a charitable organization for the benefit of the community; however, due to all the red tape of the federal non-profit laws, Moab would have had to wait many months for the store to move forward. In order to open the doors as soon as possible, they registered the organization with the federal government as a C-Corporation, and with the state of Utah as a non-profit. Articles of incorporation and by-laws were filed and the newly christened Moonflower Market was born. Moonflower Market opened its doors after only six weeks of downtime from the closing of “The Co-op.”

A priority for Moonflower Market was to find a permanent home to better serve its customers, and as serendipity would have it, a piece of commercial property became available for purchase at 39 East 100 North. The Board was able to negotiate with the owner of the property who offered to finance the purchase. The building needed a lot of work, but at least the walls were made from real lumber, not ammo cans! The founding foursome and many volunteers rolled up their sleeves setting about converting the old skateboard/T-shirt shop into the Moonflower Market, opening its doors for business in the new location in 2001.

The Moonflower Market prospered in its new location on E. 100 N. Visible from Main Street across from the post office, it served the community as a convenient source for local and imported natural foods and products, deli and baked goods from its small kitchen, and a library filled with esoteric and health related books heralded from the original “Co-op.”

Over a decade later, in August 2013, the Moonflower Market underwent another significant change. After many years of research with the help of volunteers on the Co-op steering committee, and the hiring of legal counsel, the Board filed Articles of Restatement as a consumer-owned cooperative and became the Moonflower Community Cooperative (MCC). MCC is the first member-owned natural foods cooperative in Utah.

But wait, there’s more! In 2014, the MCC experienced some new challenges. The vacant lot on the west boundary of the store was sold, causing the Co-op to lose its leased off street delivery access as well as its fire exit easement. At the same time, the use of the kitchen became very limited due to lack of a code compliant fire suppression system for the range hood.

This led the Board to consider the viability of relocating the store. Yet, lo and behold… when the owners of the new hotel to the west began construction on the recently purchased lot, the Board was able to secure a permanent fire easement enabling the MCC to remain in its existing location. The focus then shifted from relocation to remodel. MCC has now expanded the store’s retail space, renovated the older infrastructure, built a new larger kitchen, and added a bright new full service eatery. The grand re-opening for the newly remodeled MCC was March 17, 2017.

What you see today is the latest evolution of the Moonflower Community Cooperative. It is the culmination of efforts from over two generations. The MCC continues to cultivate holistic community wellness and provide socially responsible foods, goods, and education to promote a healthy, sustainable community.